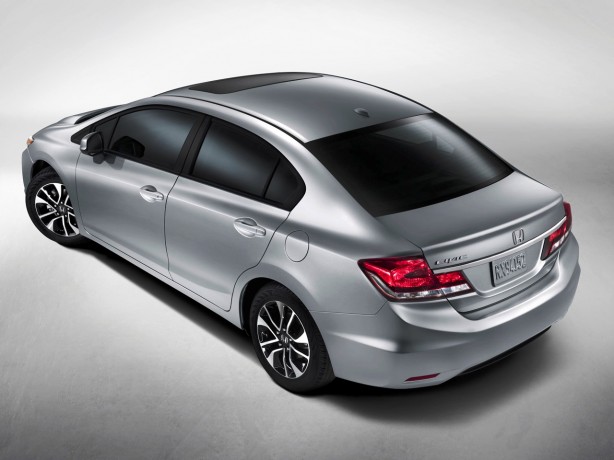 
The highly sophisticated refreshed model of the ninth-generation 2013 Honda Civic is finally released. Honda has revealed the first look of the 2013 Honda Civic Sedan in advance of its debut at the 2012 Los Angeles Auto Show on November 29.

The vast majority of updates for the 2013 Honda Civic are only skin-deep and Honda says that the Civic has been ‘honed to make the segment’s best-selling car even better.’ Up front there is a new open-mouth lower bumper with a horizontal chrome accent and a sportier, black honeycomb mesh grille anchored by new integrated fog lights on upper trims.

The grille is flanked by new clear-lens corner lights to provide a better look. The more sculpted front end flows into a new, more deeply faceted hood, complemented by a collection of sharp new wheel designs.