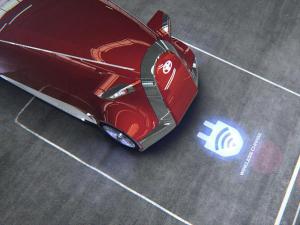 
Tokyo: Japanese Motor Car Maker Toyota has started field trials with a wireless charging system that allows electric cars to replenish their batteries without needing a point of contact.

The system uses magnetic resonators buried in the road surface of a parking space and does away with the need to plug the car into electricity mains using a cable.

The wireless charging device is contained in a mat measuring about 50 centimetres across. When the car is parked the mat is raised automatically and the AC power is delivered via the magnetic field created under the vehicle.

Toyota says a typical Prius-sized model can be recharged in 90 minutes using the wireless induction system – the same amount of time needed for conventional cable charging.

One slight drawback is that drivers who do not position the car directly above the magnetic mat will find that charging takes slightly longer. Toyota has not announced when the wireless charging technology will go into series production. Source: ioL