The Indus Motor Company (Ltd) just preparing to launch all new model of new Toyota Corolla 2014 in Pakistan. After years of rough and simple designs, Toyota has gone the extra mile in 2014 with a very fabulous look.

The two outstanding models for the year 2014 are: 1.6 L Gli and 1.3 L Gli where the former features automatic transmission (A/T) and the latter supports manual transmission (M/T) system. The A/T version brings you Super ECT technology with 4 speed levels, while the M/T model has 5 speed levels.

Concerning the type of engine, the 1.6 L Gli is powered by 1-ZR-FE and in the 1.3 Gli, you will see 2-ZN-FE engine technology. Additionally, you can enjoy the best performance of the Dual VVT-I machine installed in this impressive, bigger and spacious automotive.

The new design of Toyota Corolla 2014 is curvy and stylish. Interior design also changed in new look and exterior also very stylish. The mileage and average in one litre petrol also increased. 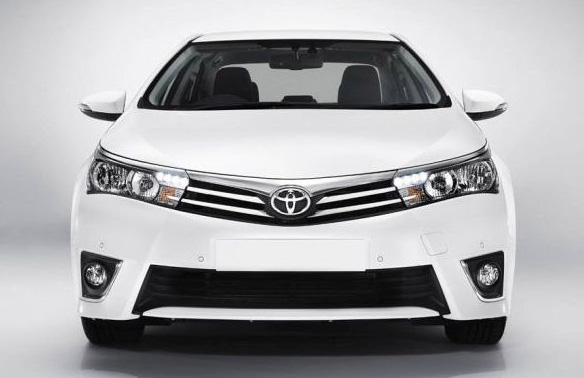